Celebrities and commerce go together like wine and cheese and now they’ve joined the wine game by not just endorsing but actually making wine. While there are several that have worked, it wouldn’t be as much fun to profile those. Instead, here are the worst celebrity wines out there. Avoid them at all costs.

When it comes to celebrity wine, trust us and stay away from these single varietal and blends.

Not only is this wine, made by everyone’s favorite Special Agent, expensive but also it falls really flat in the eyes of drinkers. While tasty, it’s exceptionally boring and doesn’t offer anything to make itself stand out.

When people say this wine is hot, they don’t mean that it’s served warmed and mulled. They either mean that it’s a hot mess with its flavors of savory, black fruit and meat (what a weird combo!) or that it’s super boozy. Either way, it’s not a good kind of hot. The wine is definitely one that will stick out in your mind but as a terrible experience.

What do successful hockey players do upon retiring with boatloads of money?  This one got into wine. And let’s just say he should’ve stuck to hockey. Too sweet, too boring. Described by some as candy and Coca-Cola.

A mix of dirty, which isn’t bad, and sweet, which also isn’t bad, the two do not come together in this wine by Antonio Banderas. Completely out of balance and lacking in structure.

ACDC’s “Back In Black” Shiraz

When you’ve got a lot of money it doesn’t matter if you make a terrible wine. At least that’s the lesson we’re learning from ACDC who put zero effort into this plonk. Terrible, cheap tasting swill reminiscent of Franzia out of the box. Which, in case you missed the memo, is not a good thing.

White Wine Made By Stars That Burn Out

This white wines made by celebrities fall pretty short of the mark although we’ll give Emilio Estevez a few bonus points for attempting a Viognier which is not very common.

I don’t know about you, but I can’t picture ACDC having anything to do with wine and especially not making it. Sauvignon Blanc is generally an easy wine to handle even for those who don’t like wine. It’s light, it’s refreshing, it’s crisp, it’s fruity. But for some reason, ACDC’s version consistently provides some sort of rubber accents — not something you want in a Sauvignon Blanc. Ever.

The guitar genius and frontman of the popular jam band, Dave Matthews Band, impressed us years ago with the release of his Dreaming Tree red. That’s an excellent, quaffable, popular red that finds itself on menus and store shelves. But, just like the song Everyday is not his best, this wine matches. Stone fruit is great but this one is just boring. Nothing to write home about, or to drink every day.

Viognier offers an interesting profile but Estevez’s version focuses on one thing and one thing only: sweetness. Far too sweet you’ll wonder if you’ll finish your glass with cavities. It has gorgeous tropical and stone fruits but lacks anything to balance them resulting in a syrupy wine that would be better poured over vanilla ice cream than served to drink.

Pinot Grigio should be light and drinkable but Drew’s version is a little too light. Almost watery. While it has nice citrus notes the watered down wine also has a touch of sulfur that simply doesn’t work and ruins what might be an okay wine to drink at a cold temperature on a very hot day.

Before you roll your eyes at the idea of Brangelina making wine, their provence produced rosé is excellent. The power couple works with growers, producers and industry experts but those experts may have called in sick during the development of this white blend. When it comes to celebrity wine this one falls into the eye roll category as “how did this make it onto the shelf?”  Why?  Because the verdict is it is so sulfury people can’t get beyond it.

Yes, Train — the band. Train has gotten the into the wine game and, oddly enough, has a similar issue as Dave Matthews. Their red, Drops of Jupiter, has done well and is a pretty good wine. This Chardonnay, however, doesn’t rank. The general consensus is that it’s simply too sweet.

Rosé Wine From The Glitterati To Skip

We’ll spare you the lecture that if something comes in a bottle it is not sangria. Sangria is made. But some people insist on calling their wine or wine drinks Sangria. That’s a sign to stay away. This wine is way too sweet but also offers some boozy, chemical notes resulting in lots describing it as tasting like cough syrup.

The pink wasn’t enough so Vanderpump decided to also produce a red “sangria”. This one is also super sweet, smells of roses (or, your grandmother) and is just too much. Perhaps the Vanderpumps should stick to reality tv and stop making overly sweet wines.

Drink wine if you want to, we say. It’s good for you and if you’re going to enjoy a glass, you should well… enjoy it. No one is enjoying this pink offering from the Skinnygirl line which has overwhelming notes of acetone. Sure, some people like the smell of nail polish remover and turpentine but in a wine?  No, thanks.

When your fav celeb comes out with a wine but don’t expect anything too great. Especially if you like ACDC who simply have not gotten the hang of this. Celebrity wine is interesting, fun to try and worth it for kicks but for the most part stick with wines made by people whose primary focus and passion is wine. 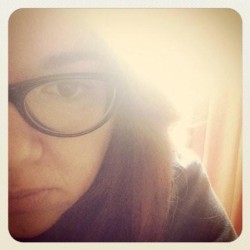 Nancy Koziol
Nancy Koziol is a wine writer specializing in wine news, culture, politics, and emerging regions. She has traveled throughout various wine regions and constantly strives to deepen her understanding and appreciation of the holistic experience of wine, from seed to glass. Nancy writes for a variety of wine publications spanning everything from how to make amazing Sangria to understanding the ecological impact of winemaking. She lives in Vermont where she is developing an appreciation for hybrid grapes - something she never thought would happen - and obsessing over orange wines.

Perfect Sangria - The Formula to Success

What Wine Should You Drink According To The Stars

We will be happy to hear your thoughts